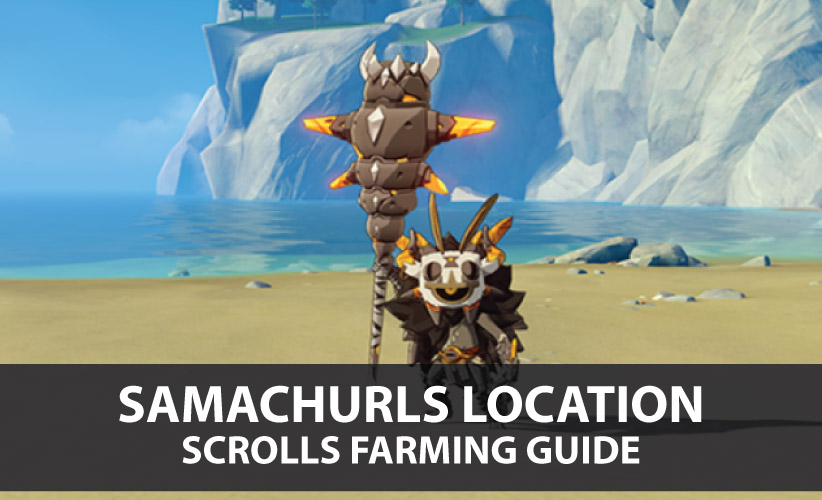 Samachurls in Genshin Impact drops important materials and highly sought after for scrolls which you will need to ascend characters and weapons. If you want to find more Samachurls location in Genshin Impact, then we got you covered.

Most of them are easy to take down and you can stop them from using their elemental attacks by getting close and use a melee attack. It has a higher chance of dropping scrolls which are used to ascend characters and weapons based on its level.

Samachurls can be often seen in Watchtower guarding a small Hillichurls camp. Other known locations of these monsters are in Stormterror’s Lair, Guili Plains, and Dihua Marsh and these are the best places to farm Divining scrolls for your character ascensions. To help you out, we already made this list of all Samachurls location and the best route to take them down in an efficient way. These are the exact strategies most mid to end game players use with great success.

So if you are struggling where to find Samachurls in Genshin Impact then this is everything you will need. It really doesn’t get any easier than that!

← Unknown Star quest
Everything we know about ‘Genshin Impact’ version 1 →